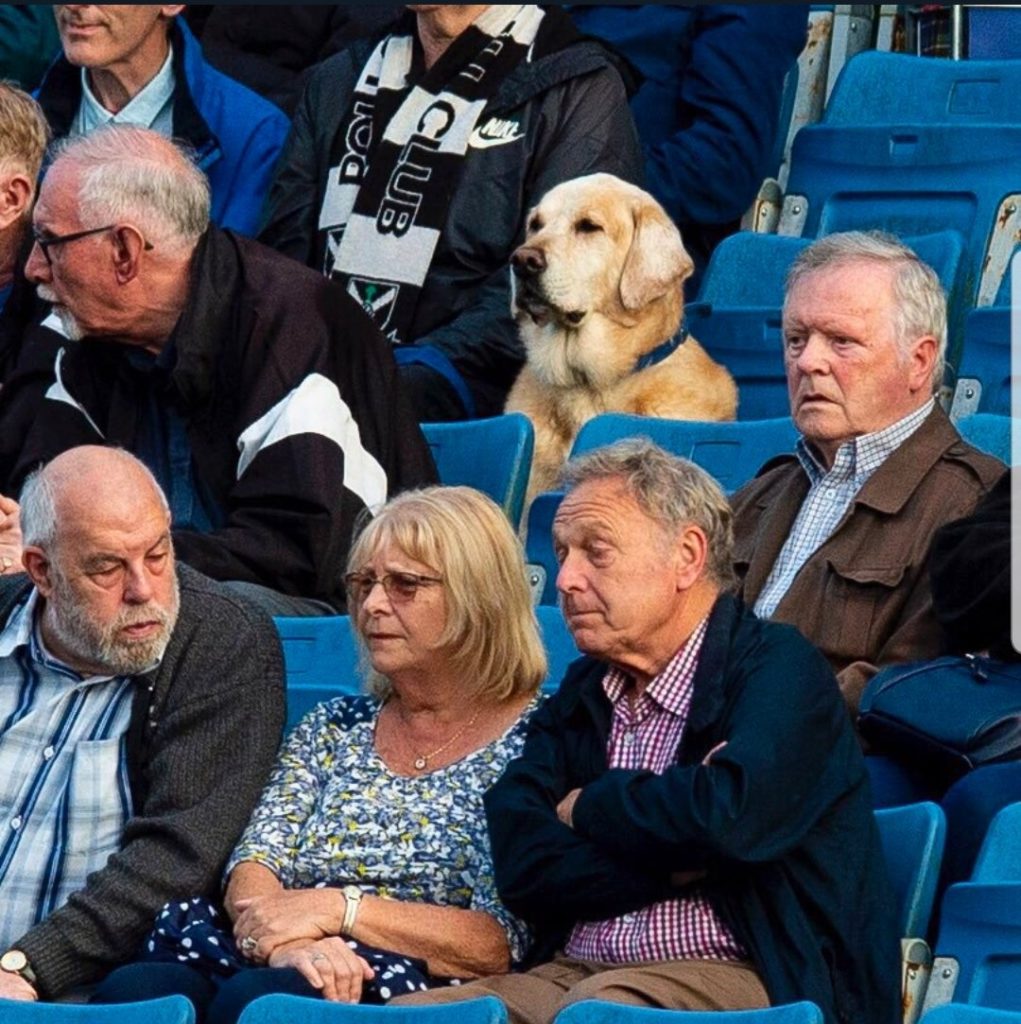 It has been a good week in the ‘no publicity’s bad publicity’ camp at Newlandsfield. I am going to refrain from too many doggy puns in this piece, if I can, but it would be fair to say that Pollok’s own SNS photographer Ross MacDonald has been hounded by the media press pack this week, sniffing around for a good story around his August shot of our tail-wagging, pie-chomping canine fan Yardley. Ross took the shot during a moment of action in the Benburb game at New Tinto Park, and it was shared online in a tweet with other Lok-related pictures of four-legged friends. It was then picked up by former Australia international Ned Zelic who retweeted it and started the ball rolling for others to bound after.

And others did! This BBC article does a good job of rounding up the story but it ended up elsewhere too. Lok fan Kathryn MacLeod spotted it on the German newpaper Bild’s website as the story doggypaddled across the Channel. Other foreign media sources to pick up the story between their teeth were Marca, Cadena Ser and Carussel Deportivo from Spain.

Where’s the furthest you have seen the story away from home? Get in touch with us below to say!

Elsewhere, Tam Hanlon’s glorious hat-trick has made it into FourFourTwo magazine’s best ’15 of all time‘ list! It was of course a viral sensation all of it’s own and it’s apt to see it have a wee resurgence this week. Berbatov, Ronaldo, Rooney, Le Tissier, Hanlon…! Well done Tam!

Edit: Mark Donnelly has spotted a few additional social media mentions for Lok… this one from India!