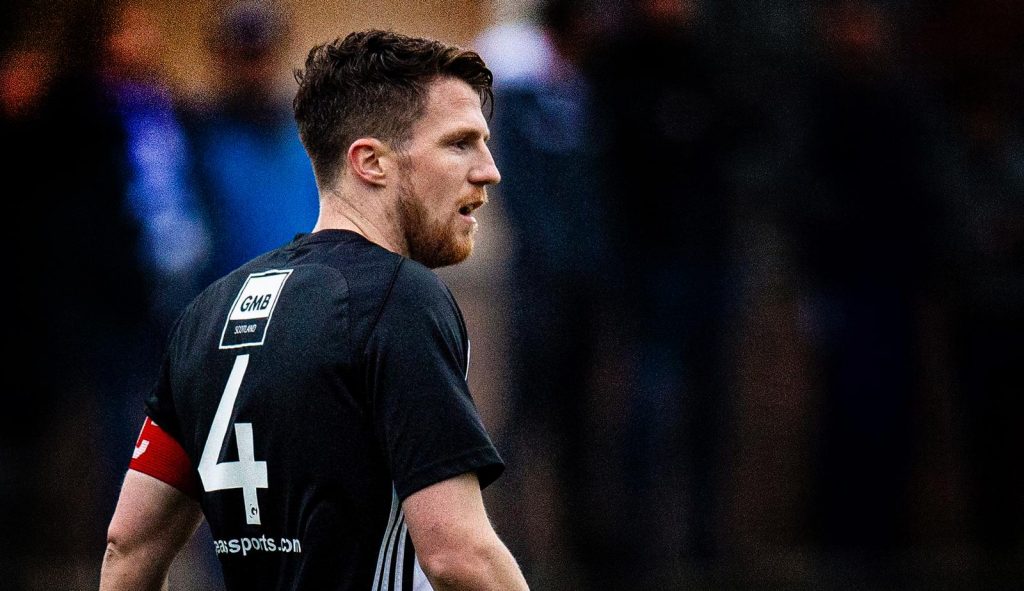 Pollok are delighted to announce that club captain, Paul Gallacher, has penned a contract extension which will keep him at the club until the Summer of 2022.

Gal joined Pollok in 2014 from Queens Park, where he had spent six years, and has since made 195 appearances for the ‘Lok, scoring 16 goals.

We caught up with Gal (at a safe social distance) to get his thoughts on the next few seasons and why he wanted to commit himself to Pollok.

“I’m delighted to have agreed an extension to my contract. It was a very easy decision to make. I’ve loved my last 6 years at the club and I feel that I have unfinished business as all I want is to bring success to the club.

It’s a disappointing end to the season as I would have loved the opportunity to make the Scottish Cup Final and hopefully go on and win it. It’s something I have been so determined to achieve, particularly after coming so close in my second season here.  However, we all fully understand and agree that people’s health and well-being is the most important thing at this point in time.

Looking forward to next season, I feel we have a great squad to build on. A squad which in my opinion is yet to reach its full potential. I am feeling positive about the league restructure and look at it as an opportunity for Pollok to be successful and compete at the highest level possible.”

We can’t wait to see Paul and the rest of the team back on the Newlandsfield turf in the future.