This Saturday’s West of Scotland Cup 2nd Round match has been switched from Merksworth Park, Dalry to Newlandsfield. Kick off is 1:30pm

This game also marks the first of Dalry’s centenary year – congratulations to them on reaching that milestone!

Lok have drawn East Region side Fauldhouse United at home in the Macron Scottish Junior Cup 5th round, with ties to be played on the 25th of January 2020. 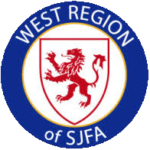 The West Region has dropped the remaining fixtures of the league season and the Lok ones can be found here. There are dates that are left blank for Junior Cup ties. One fixture of interest is our away visit to Clydebank will be midweek under the lights at Holm Park. Lok’s season is due to wrap at the end of March – with the pyramid demanding a prompt finish to the league season due to play offs (by mid April), this is be a dry run pointing towards that. Fixtures Secretary Kennie Young outlines his thinking here. It is also worth pointing out that Jan-March is notorious for games being off so the likelihood of any Lok players looking out the passports for their holidays on April 1st would be a foolishly long shot!

After beating Ashfield yesterday, Pollok have been drawn away to Gavin Friels’ Dalry Thistle in the West of Scotland Cup 2nd Round. This game will be played on the 11th of January 2020.

The sides last clashed in the 1st Round of the competition back in October 2016, footage from David Brown below…

Pollok FC are delighted to announce that Bryan Young has returned to the club on a short term deal. He goes straight into the squad for tomorrow’s match with Ashfield. 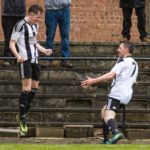 The club now have availability for matchday hospitality for the forthcoming cup tie with Troon on November 23rd and for the visit of Rossvale in the league (Dec 7th).

Hospitality at Pollok is great for a celebration or just as a chance to catch up with friends. Hospitality includes a buffet lunch, pre and post match bar, programme and a chance to choose Man of the Match. If you are interested please contact the club on info@pollokfc.com or through our Facebook or Twitter pages. 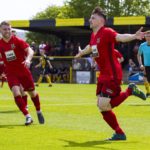 Our December programme has had a slight reshuffle. On December 7th we will play Rossvale at Newlandsfield in a rearranged fixture.

On December 28th our trip to Glenafton has been postponed and we’ll have a slightly shorter away trip to Townhead Park to face Cumnock. These fixtures both have a 1:45pm kick off.

Due to Junior Cup replays, Pollok’s scheduled trip to Rutherglen Glencairn this coming Saturday has been postponed. Glens will instead host Cumnock (idle as Hurlford have a cup replay) and we will welcome Kilwinning Rangers (who had been due to play Glenafton but they will also be in cup action) to Newlandsfield.

The Linlithgow Rose CFC victory has also put paid to our game with Rossvale on 23rd November, so we need to wait and see who we pull out of the hat when the draw is made early next month.

In other news, Dom Larkin has left Pollok to re-sign for former club Castlemilk Dynamo. He made eight appearances for the club and all at Newlandsfield thank him for his efforts in Lok colours and wish him well for the future.

Pollok’s Scottish Junior Cup 3rd Round tie vs. Linlithgow Rose Community FC Juniors on 26/10/19 is to be switched, though the exact venue is to be confirmed. The first choice will be their neighbours’ Prestonfield ground, provided the Senior Rose’s Scottish Cup tie with University of Stirling FC (being played 20/10) does not go to a replay as it would take precedence. If that were the case, the game will go ahead at Newlandsfield. The reason for the switch is the lack of suitability of xCite Leisure Centre for the tie.

Update: the game will now go ahead at Prestonfield as the big Rose do not need it for a replay.

In other news, the website is pleased to report that Ryan McGregor has undergone successful surgery on the knee injury picked up in pre-season. He is now in the early stages of a six month rehab and recuperation process. All the best in your recovery Ryan.

Pollok will have their first ever competitive game against Linlithgow Rose Community FC when they travel east on the 26th of October. Despite the name, there is no connection to the well-established East of Scotland League side. They stepped up to Junior football from the amateur scene in the summer of 2019.

They were founded in 1992 as Baillielands FC and have ran various clubs at boys, girls, youth and adult amateur level since 2006 under the all-inclusive Linlithgow Rose name.

As noted above, the club that were admitted to the Juniors in 2019 were members of the Lothian and Edinburgh AFA in 2018-19 (they finished 2nd in the quasi-regional 3rd tier), playing at the xCite linlithgow Leisure Centre, the astro facility they still play at. They previously were in the Stirling & District AFA, finishing 5/9 in the Stirling Premier in 17-18.

All other ties can be found here: