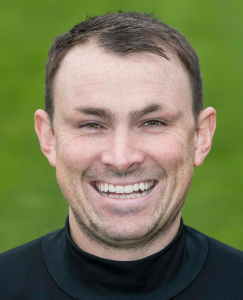 Striker David joined Lok in January 2018 from Clyde, signing until the end of the 2018-19 season. He started off his footballing journey full-time with Motherwell having come through their youth system, but moved onto Glenafton without making an appearance. A hot streak of form at Loch Park attracted Ayr United who had him for 18 months before he moved on to Alloa. After being loaned to Albion Rovers by Ayr, Alloa then loaned him to Elgin. In 2012, he dropped back down to Junior football, this time with Kirkintilloch Rob Roy. After a season there, he spent three with Auchinleck, being picked up by Clyde in 2015. He netted 35 league goals at Senior level from 171 appearances. After battling injury and helping the club out through the pain, he left the club in January 2019 to sign for amateur side Nico’s of the Strathclyde Saturday Morning League.