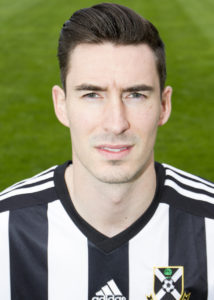 Right back Grant played in all four national senior divisions across spells with Hamilton, Dumbarton, Morton and Airdrie, then had two seasons with Irvine Meadow before signing for Lok in August 2016 after initially featuring as a trialist. It was announced in May 2020 that Grant had signed up again for the 2020-21 season.