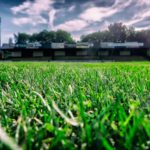 The scheduled meeting last night with Lowland, East of Scotland, South of Scotland and West Region Juniors took place via video conferencing due to current travel and person-to-person restrictions in place.

A great deal of common ground was established.

There was agreement on a potential way forward as follows:

There remains much to do to get the West of Scotland Football League up and running.

The parties are aware that the formation of any new league is subject to approval from the Scottish FA and discussions will continue in that regard.

All parties at the meeting last night are committed to continue to work together, to support the creation of the final piece of the Pyramid feeding into the Lowland League.

The deadline for applications to the proposed West of Scotland League has been extended to April 7th.

The club will do it’s best to consult with members in advance of the extended application deadline.