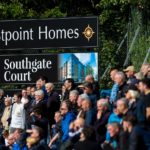 The club are delighted to announce that Jordan Shelvey has joined the club from Clydebank on a contract until June 2022.

Jordan, a striker, has scored over 50 goals for Clydebank including 17 in 30 appearances last year. He was Clydebank’s Player and Players Player of the year in season 2017-18.

On the signing, Lok boss Murdie MacKinnon had the following to say;

I’m delighted to welcome Jordan to Pollok. A fantastic signing for the club! He’s one of the most dangerous strikers in the Premiership. Not only does he have a track record for scoring goals, he’s had his fair share of assists in his time at Clydebank. He’ll fit in and complement the strikers already at the club. Jordan is the type of player who’ll excite the fans and I hope can help bring success to the club.

Jordan joins up immediately and will be available for this weekend’s trip to Bellsdale as the Lok take on Beith.