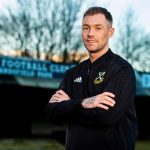 Pollok are pleased to announce the signing of Jordan McMillan on a permanent contract until the end of this season following a successful loan spell.

Jordan joined the Lok on loan from Dumbarton in December and made 4 appearances before the loan period ended on Jan 27th. After his release from Dumbarton earlier this week, Jordan has put pen to paper on a permanent deal meaning he will finish this season as a Pollok player. 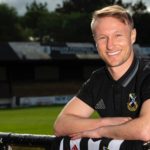 Pollok Football Club are delighted to confirm the signing of striker, Iain Russell.

Russell, who spent the last 18 months with Dumbarton, has scored 199 senior goals in his career during spells with Rangers, Motherwell, Brechin, Morton, Alloa, Stirling, Livingston, Queen of the South, Airdrie and Dumbarton.

A delighted Murdie MacKinnon had this to say on Pollok’s third new face of pre season;

“Iain is a vastly experienced striker and he brings goals to the squad as well as an ability to open up defences. He’s got a terrific scoring record, is well respected and he’s another coup for the club”

Iain, the grandson of Scotland and Rangers Hall of Famer and Airdrie honorary president Iain McMillan, will be with the squad when they return to pre season training next week.